Paintball is an exhilarating sport that requires equal parts teamwork, strategy and marksmanship. Whether you prefer indoor or outdoor venues, though, most regulated games have a strict set of rules for players to follow. Failure to follow these rules could result in elimination, disqualification, or even being banned from playing in future games.

Keep Your Masks On

While rules vary from venue to the venue, most places enforce a strict masks-on rule for players in the playing area. This rule is designed to protect players from eye and facial injuries caused from a direct paintball hit. Taking off your mask, even for just a couple of minutes, leaves your face vulnerable to injury, so keep your mask on at all times when inside the venue’s playing area.

Another rule that most paintball venues enforce is no physical contact (e.g. no pushing, shoving, etc.). I’m sure this rule is common sense to most seasoned paintball players, but you would be surprised to learn how many first-timers are disqualified for physical contact. The bottom line is that you should keep your hands to yourself during games.

To reduce the risk of serious injury, some venues have a minimum distance. As the name suggests, this rule requires players to maintain a minimum distance between each other when firing. You’ll have to check the venue’s rules to determine what the minimum distance is (if any). However, most commercial venues require a minimum distance of 15 feet to shoot another player. The added distance slows down the paintball so it’s not quite as painful for the receiving opponent.

Stay within the Boundaries

It is vital that all players, as well as the referees, understand where they stand and the boundaries of the playing field. Per regulations during a game: anyone caught beyond this boundary will be eliminated and must immediately leave their current playing area. No shots taken from outside these limits shall count nor can one reenter after departing mid-game – no exceptions!

Only players and any referee(s) are allowed on the playing court while a game is going on; if an uninvited guest decides to enter the court, then play must halt until they leave. To ensure no errant paintballs hit objects such as cars or nearby structures (e.g., building exteriors, picnic areas), make certain everyone understands where the boundaries are.

Listen to the Referee

Each Paintball game must be supervised by one Referee, who will initiate and conclude the match. The Referee should carry a whistle for signaling its commencement, stoppage for paint checks, as well as to declare its conclusion. All participants are expected to cooperate with the decisions of the referee; their judgments shall remain indisputable and beyond dispute!

When a paintball pellet makes contact and breaks upon the player, their clothing, firearm or equipment – they are immediately declared out of the game. This rule is applicable regardless of whether it was an opposing team member or ally that ejected said projectile. At this point in time, the player must raise their gun above their head to demonstrate surrender whilst loudly proclaiming “OUT” or “HIT” before exiting via the safest route available as soon as possible.

The term “wiper” is used to describe any player who attempts to conceal a direct paintball hit by wiping away the evidence. If caught, wipers are usually ejected from the field, and his or her team may suffer other consequences. For instance, some venues will call out both the wiper and his or her next two closest teammates, dealing a major blow to the team’s efforts.

A player is eliminated when he or she is hit directly with a paintball, leaving a visible quarter-sized mark. It’s important to note, however, that players are not eliminated due to the splatter.

When a player declares themselves “OUT or HIT” because they believe that they have been struck by a marked pellet, they are immediately required to exit the playing field. Even if it is later concluded that the ball had not made contact with them. Once “OUT” has been called, their participation in the game has reached its end and must depart quickly and cautiously.

If there is ever a doubt if someone has been tagged, then summoning the Referee for a “Paint Check” is key. When this happens, all play halts and players remain stationary until the problem has been addressed and action resumes.

All participants must stay in the same place when a Paint Check is initiated and any movements from that area can be reported to the referee, resulting in their exclusion. It is essential for players to remain stationary during a Paint Check or else they may face consequences.

BLIND FIRING is not allowed

Don’t shoot until you can clearly identify the target. It’s tempting to stick one’s gun out from behind a barricade and fire, but that could lead to unintentionally shooting players who are exiting the field, referees or other undesired elements. Make sure you know what it is that your barrel is pointing at before going ahead with pulling the trigger!

Establish a clear game length in advance and stick to it. The average gaming time should be close to 20 minutes, although some games may last up to 30 minutes. By setting definite boundaries on the duration of each game, it encourages players to perform more aggressively as they aim for victory before time runs out. If no one manages a win then you can simply move onto the next round with an altered strategy!

Integrate strategic rest periods between games to optimize the players’ performance. Specify a predetermined length of these pauses and have your referee oversee their timing. These regular intermissions allow participants to rejuvenate, discuss tactics from past skirmishes, replenish ammunition, gas up their weaponry and attend to any required maintenance on gear.

Teams must clearly define if “Dead Man Walking – DMW” is permitted or not. This strategy involves a player who has yet to be eliminated walking alongside those that have already been shot and are leaving the game’s field. The show of false defeat allows them to switch up their shelter or get closer to opponents for an added advantage.

When a player is hit, they must embark on the solemn journey of “Dead Man Silent” and walk away from the playing field in complete silence. Players must make their way to the referee for an inspection of paint marks before rejoining play – not a sound should be uttered along this path.

Common Mistakes To Avoid Not Learning Paintball Basics Before you venture onto the field, it’s essential to know the… 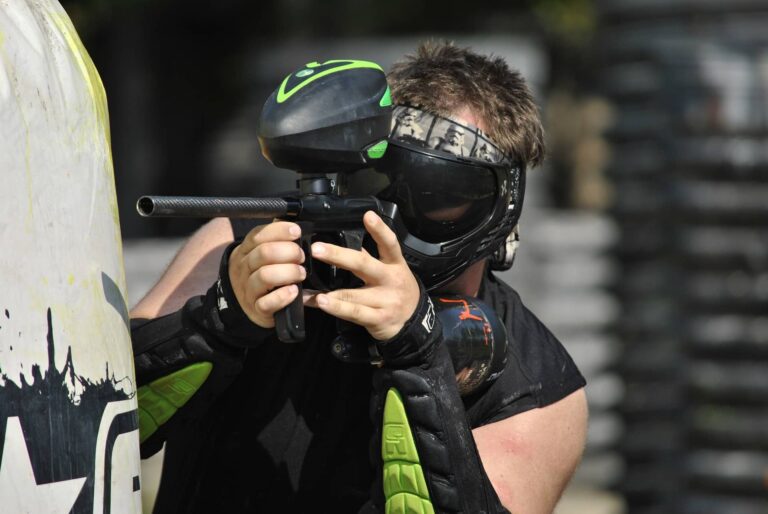 Paintball is a sport that is enjoyed by people of all ages. It is a great way to get… 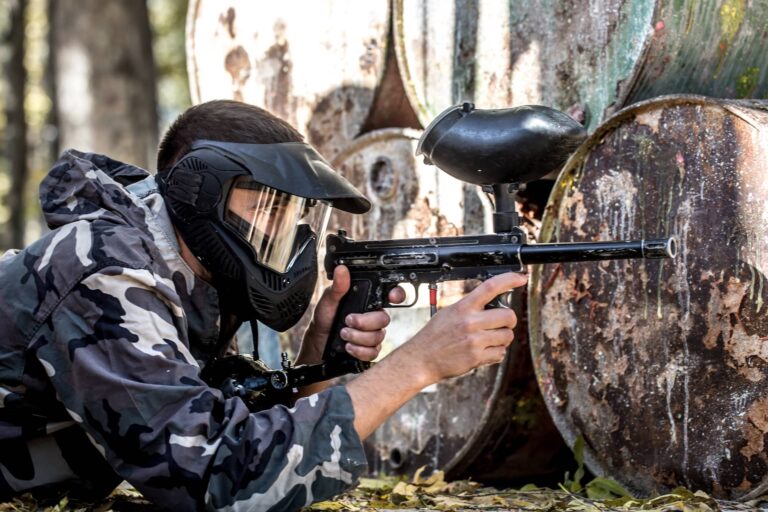 Are you looking to play some paintball? You’re not alone; it’s one of the most entertaining activities for your…